Jacob, returning home after twenty years in Haran, hears his brother Esau is approaching with 400 men. Frightened, he quickly sets about sending a gift to Esau and splitting his camp into different areas so they won’t collectively perish if things go bad. And then he makes sure everyone crosses the river Jabbok. Here is the text (OJPS translation) of Genesis 32:23-25:

And he rose up that night, and took his two wives, and his two handmaids, and his eleven children, and passed over the ford of the Jabbok. And he took them, and sent them over the stream, and sent over that which he had. And Jacob was left alone; and there wrestled a man with him until the breaking of the day.

Although the wrestling is by far the most mysterious part of the story, there is an earlier question – why does Jacob remain alone on one side of the river? There are many suggestions, but Rashbam’s appears unique (and not too flattering).

JACOB WAS LEFT ALONE: In other words, he got them all across and there was no one who still had to cross over except him. He wanted to cross over after them intending to flee in another direction so as not to meet up with Esau. (Martin Lockshin translation)

Rabbi Jonathan Sacks comments on what Rashbam does next.

All of this is a prelude to Rashbam’s remarkable reading of the night-time wrestling match. He takes it as an instance of what Robert Alter has called a type-scene, that is, a stylised episode that happens more than once in Tenakh. One obvious example is young-man-meets-future-wife-at-well, a scene enacted with variations three times in the Torah: in the case of Abraham’s servant and Rebecca, Jacob and Rachel, and Moses and Tsipporah. There are differences between them, but sufficient similarities to make us realise that we are dealing with a convention. Another example, which occurs many times in Tanakh, is birth-of-a-hero-to-a-hitherto-infertile-woman.

Rashbam sees this as the clue to understanding Jacob’s night-time fight. He relates it to other episodes in Tanakh, two in particular: the story of Jonah, and the obscure episode in the life of Moses when, on his way back to Egypt, the text says that “When they were in the place where they spent the night along the way, God confronted Moses and wanted to kill him” (Ex. 4:24). Tzipporah then saved Moses’ life by giving their son a brit (Ex. 4:25-26).

I highly recommend reading the rest of Rabbi Sacks’ commentary. His main point is that Rashbam sees in Jacob, Moses, and Jonah a paradigm – people who are afraid of their own mission in life. After a failed attempt to run away, they end up changing the world for better.

On this Thanksgiving, may we recognize our blessings – both those that come our way, and those that we are destined to bring to the world. And may this weekend of rest renew our courage to make our blessings real.

For more about Rashbam, read my introductory post here. 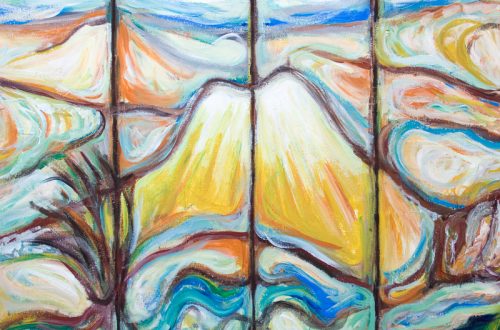